Steve Jobs, the biggest name in technology world for past couple of decades, passed away. As an open source enthusiast, i was not a big fan of Steve Job’s policies at the Apple. Indeed, he was an inventor and visionary. They have their own perception of the world which does not follow conventional morality.

I have been touched by his Stanford commencement ceremony speech. He was a college dropout himself. He attended classes that he found interesting. He learned how to be creative. I find it interesting that the only desirable meal he use to get was once a week at Hare Krishna temple and yet he projected rather expensive iPhone and other Apple services for the young.

He for some reason always wore turtleneck shirts, blue jeans and white sneakers. He was a charismatic leader. I am shocked with his sudden death. May he rest in peace. 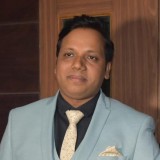